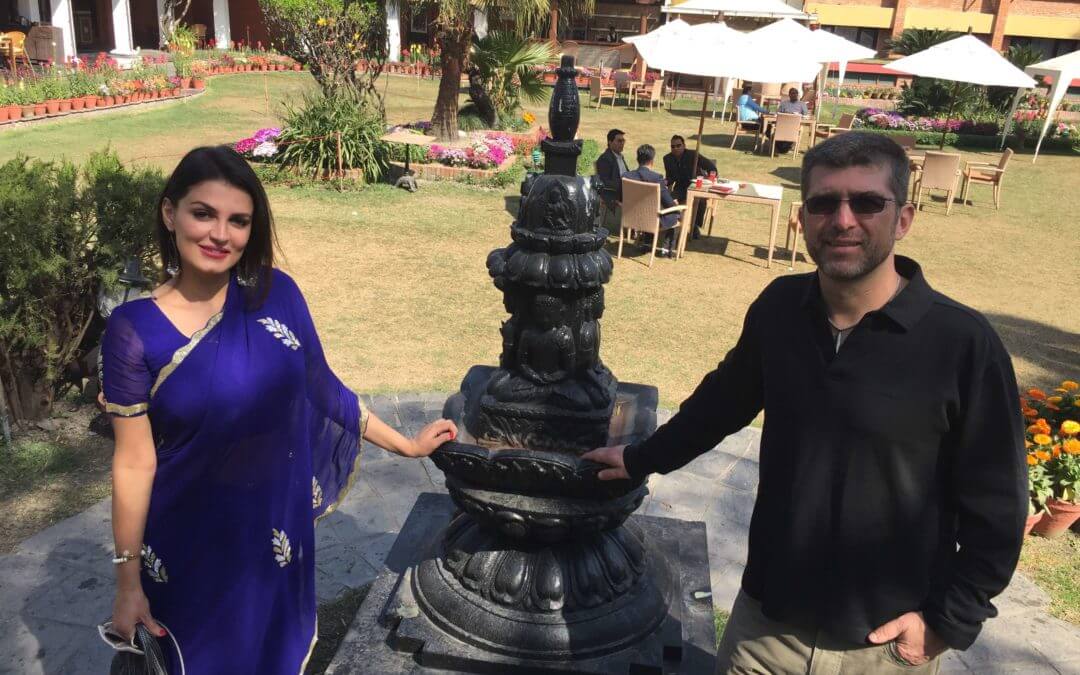 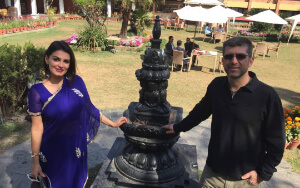 Often when we think of an activist or a philanthropist, we think of the most famous names in the world, from Bill Gates to Malala Yousafzai. However, most activists and philanthropists are not household names; most activists are your neighbors, friends, and you, working quietly behind the scenes, ensuring charitable causes stay afloat by donating time, capital, and public support. HCC is blessed to have sponsors who go above and beyond with their consistent, generous support that provides the very backbone to the HCC organization. Our students rely on the support of sponsors, developing relationships with sponsors over years, and in many ways, becoming family, separated by thousands of miles, but family all the same. 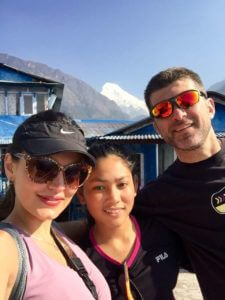 From Left: Sherry, Kabita and Jeff

For a decade, Sherry Jones and her husband Jeff have been active supporters of HCC, sponsoring Kabita, now 15, for much of her childhood. After meeting HCC Co-Founders Bruce and Susan Keenan through a mutual friend, Sherry knew that sponsoring a child would be the right fit. “We had wanted to adopt,” Sherry said, “and we knew that sponsoring would be different, of course, but we wanted to [sponsor a child].” Throughout Kabita’s childhood, communication has been primarily through letters from Kabita and updates from HCC staff. Now that Kabita has entered into her teens, Sherry has had the opportunity to communicate via Skype and has even visited her in Nepal in March 2016. When meeting in person for the first time, Sherry said of Kabita, “she’s so beautiful…sweet and quiet,” but later on “she really opened up!” Jeff, Sherry, and Kabita even traveled together on a trek to Annapurna in Nepal, having the opportunity to bond while taking in the beauty of Nepal as a family.

Formally working in real estate, Sherry is currently using her MBA to start her new business Gypsy Secrets, a sustainable, organic skincare line, intended to limit the use of harmful chemicals and promote better health through organic alternatives. As a conscious change-maker for a variety of causes, including environmental causes and animal rights, Sherry has a great passion for making the world a better place. She has been a committed HCC supporter, not only sponsoring a child but actively working to promote HCC’s work by hosting fundraisers in her home and volunteering much time and energy to make HCC’s annual Atlanta fundraiser a smashing success. 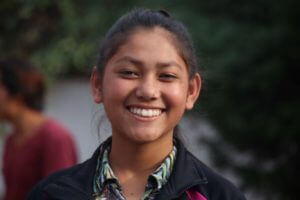 With all of her interests and ventures, why HCC after all these years? For Sherry, drawing from her own experience in her travels around the globe, she knows that “living in poverty in a third world country is drastically different than in the U.S…when you go to Nepal you see it…kids begging in the street,” exacerbated by a lack of in-country sustainable infrastructure. She commented on witnessing a lack of “basic human needs-the little money that we give makes such a huge difference.” By sponsoring Kabita, she said it was “moving to see [her]; this little girl could have had a hugely different life,” citing the dangers of abuse, rape, neglect and worse to which many vulnerable children fall victim.

When asked about how someone could get started in making a difference in the world, Sherry suggested to “donate [your] time. An hour a week, a few hours a month; give ideas, offer connections [organizations] can use.” She notes that not all contributions need to be financial to be valuable, but that people in the U.S. would be surprised at just how little it costs to make a significant difference in the life of a child in Nepal. For the most impoverished and vulnerable in Nepal, “something as little as $50 goes a long way.”

Did you know you can sponsor a child in need for as little as $250 a year? To learn more about the different levels of sponsorship, and how you can change the life of a child today, visit our sponsorship page on our website HERE.