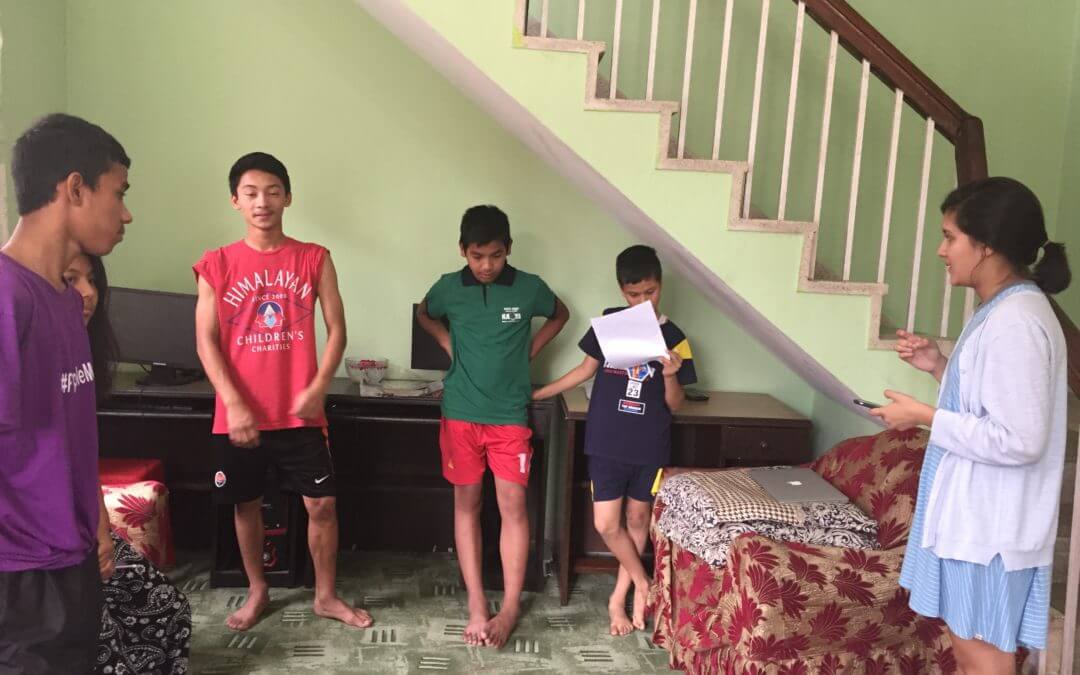 Public Speaking is a subject too often forgotten, but, despite the rapid pace of technology, still remains a vital skill set for many potential job applicants, particularly those interested in rising to management, corporate, and leadership positions. Public speaking, debate, and people skills are not always as intuitive as they appear and often require practice to become second nature. At Khushi Ghar, HCC summer activities not only assist students in developing critical public speaking skills but also provide fun and camaraderie between students. 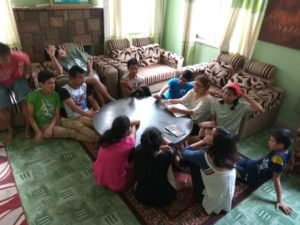 After beginning with a series of fun icebreakers and games, students were given a more structured storytelling exercise. In pairs, students were given a story prompt and had to stand in front of the group and improvise speaking for a minute an a half. One student would begin the story for 45 seconds while the next student would finish the story in 45 seconds. Although it was a tricky exercise at first, students enjoyed themselves and by the completion of the exercise, felt much more relaxed speaking in front of a group. Students attempted again, this time given an unlimited amount of time to complete the story, only being able to hand off the storytelling to their partner when prompted. The second time, speaking off the cuff came more naturally to students, allowing them to get used to speaking publicly without prompts. 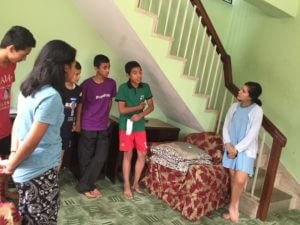 Students also had the opportunity to practice formal speech and debate by debating the question: should children under the age of 10 have access to social media? The students were split into two groups and by virtue of a coin toss, one group debated the pro side with the other the con side. Each side was given 5 minutes to prepare 3 main arguments before coming together to present their arguments and given time to give rebuttal arguments to the opposing arguments. Through the exercise, students addressed issues of cyberbullying, educational resources, and distractions offered by social media.

These games allowed students to have fun with their peers while also practicing essential public speaking skills, social skills, logic and confidence in themselves. Learning can take place in a variety of spaces outside of the classroom, and Khushi Ghar is another space for learning in the company of friends.