The Value of Arts Education at HCC: An Interview with Neelu Sapkota

In the Spring of 2015, HCC students had the opportunity to work with professional Nepali artists to create a theatrical project. Not only did they get the chance to learn about the development and implementation of creative works on a professional level, but HCC students were also able to use this opportunity to develop a skill set of processing emotional trauma through the power of artistic expression. They created the ballet Rainbow: The Colors of Life, which was the story of a young, orphaned Nepali boy. We talked with Neelu Sapkota, one of the professional choreographers who worked with our students to develop Rainbow, to learn more about the development process of Rainbow and the value of the arts in a fully rounded education. 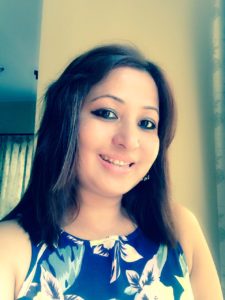 How did you first learn about the opportunity to work with HCC students?

I had been a founding member of Creating Possibilities Nepal, a partner Organization of HCC in Nepal, thus I have been involved in the activities carried out by HCC/CP. This gave me an idea to create a special event for the exposure of the talent and creativity of these children, which lead to this idea of a ballet coming to life.

How did you begin to facilitate the brainstorming process to create the piece? Was it clear from the students what they wanted to create?

Once I developed the plot in my mind, I shared the idea with the children for their consent and opinions. In fact, my idea was to hire an external artist for the performance based on the story of these children. But the children were very enthusiastic and committed to performing. I thought why not let them have this opportunity so that the ballet is performed by the owner of the story itself. They were pretty clear on what, and they were confident that they could express it in the ballet. 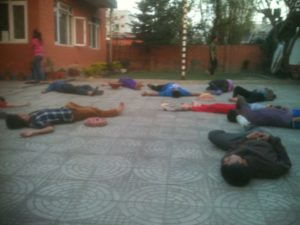 How did you help students incorporate their own ideas?

Once the plot was shared with the students, they came up with many ideas, which I recorded/ documented and gave shape. Their views were incorporated significantly as our idea is to boost them up.  For example, the last scene, I had thought of separation but the children recommended the reconciliation and to show how the boy’s family realized their mistake.

How involved were the students in the writing of the narrative of the ballet? Did they write the story as a group?

They were fully involved and the workshop model was followed to develop the narrative, giving as much as possible space for everybody, which was challenging as a director/ conceptualizer but rewarding in the case of getting close to the spirit. 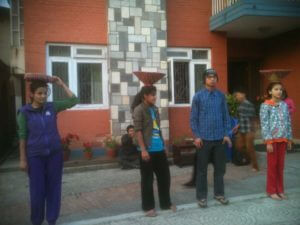 How involved were the students in choreographing the ballet? Did they choreograph as a group?

Yes, they were very excited and enthusiastic but it is a creative process, thus they were directed and guided.  But they were fully involved in every step and whatever has been made is made with their full consensus.

Do you have a particular artistic process that you subscribe to when you make your own work?

Yes, as a part of creation, the process has to be followed but I tried to make it as open as possible as I was making with the young and fresh people but more importantly with the people whom the story belonged to. 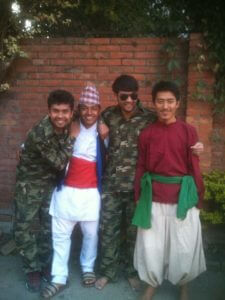 What artists are you especially inspired by?

There are many artists I admire but I feel close to the theater artists. I am a dancer too! But every time I am involved in this kind of event, I put my energy to make it simple, creative and expressive but not overburdened by the challenges and difficulties.

What role, if any, should the arts play in education? What is the value of learning about and participating in the arts as a student?

The role of arts in education is greatly important. One act or expression could be defined in thousands of words.  More than that in this kind of practice as the students not only think but also be the part of the process, which helps them to grow and acquire confidence and to live with the issue.

Finally, how would you describe our HCC students to someone who has never met them?

They are amazingly great youngsters and are not less than any other children who come from the normal family background. They are disciplined, well-mannered and committed to learning something new.  They respect seniors and listen to them well. They are fabulous children who will grow as great global citizens.

Click here to watch the full performance of Rainbow: The Colors of Life 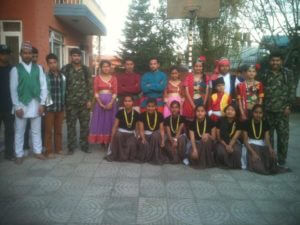